Betray me once, shame on me. Betray me twice—

With my engagement broken and the future of the Irish Kings hanging in the balance, I’m being offered up to the one man my father thinks can make a difference, the lost Boston heir, Liam’s elder brother.

He goes by a different name now, but that doesn’t change why I’m here in London—to play the game my father has set up, and lure the other McGregor brother back to Boston…and into wedded bliss with me. In theory, it seemed easy enough—but I hadn’t counted on Connor’s resistance to returning to his old life…or the new and unexpected desire he’d arouse in me.

Connor has his own conditions for marriage. His own stipulations—and his own games to play. He claims he doesn’t want anything I have to offer him—not the Kings, or my hand in marriage, or even my innocence. But just like me, his body says something else. And with his brother’s life on the line, the choice is his. Marry me, and save his brother’s life—or live with Liam’s blood on his hands, and the death of his family legacy on his conscience.

Betray me once, shame on me. Betray me twice, it’s the end of the McGregor Kings. 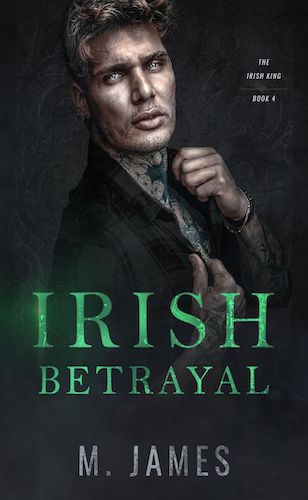