Connor is all but mine. But my heart is in more danger than ever—

With a ring on my finger and both of us on a flight back to Boston, our victory is all but assured. But I know better than anyone that a betrothal isn’t a marriage, and that Connor and I need to get to the altar sooner rather than later—with my innocence still assured.

He’s told me that once we’re wedded and bedded, the desire will pass. But it only seems to grow with each passing day, despite the temptations swirling around both of us.

I’m not supposed to love or want my husband. I’m supposed to give him an heir. But as the war between the factions of Kings builds and Connor takes increasing solace with me, I can’t help but wonder—

Why can’t I have everything I ever wanted—and more?

I’m not the Irish Queen yet. But in this game of chess? The princess takes the King. 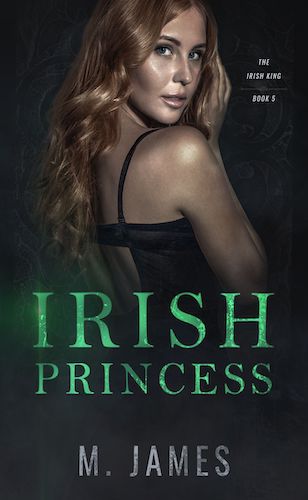