The Irish King saved me. But at what cost?

Liam McGregor swooped in and stole me away from Alexandre. Like a white knight bent on saving the damsel, he’s scooped me up and taken me back to Boston, back to safety. There, with my friends and his, he says I can begin to heal.

To get back to the girl I once was.

But whatever there might once have been between us, I don’t know if there can be anymore. I’m half in love with a man who Liam says is insane and I say is just as broken as I am, and now thanks to him, Liam is broken too.

He says he can’t live with what he did to me. I’m not sure I can live without Alexandre. But as the days pass and we get to know each other better, I start to wonder if there’s not some better future with this man who traveled across the world to rescue me, my Irish savior.

But he has secrets that could shatter our fragile peace, and Alexandre isn’t about to let me go without a fight.

Liam says he’ll keep me safe. That he promised. 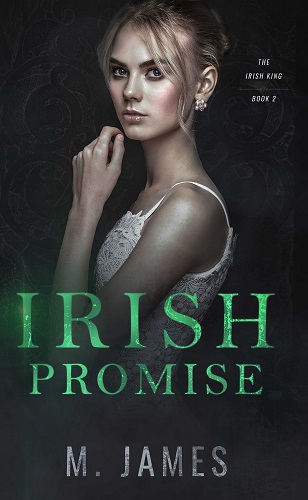