Two brothers at war. A spy in the ranks. And one last effort at peace…

Connor and Liam survived the deadly fire that nearly claimed them and their men, but there’s still danger at every turn. Someone wants their war to come to an end—and that someone doesn’t seem to care who dies in the process. And as for the war on our home front?

Connor wants me. I want him. But our marriage is a never-ending standoff, both of us too proud to admit that the one thing that could make us truly happy is the one thing we already have. As I struggle to give him the heir he so badly wants, every night we spend together in bed brings us closer to admitting that truth—that there’s love here, whether he wants it or not.

The war for the Boston Kings is speeding towards a climax, and every plan that we made—me, my father, my husband—all seem to be for nothing. If Connor is going to take back the legacy he returned to claim, he’ll have to make a choice—and risk burning it all to the ground.

I never meant to fall for my husband. But as the fires of conflict threaten us all, there are only two questions left to answer.

Will the man I married be the man I love? And when the ashes settle—who will sit on the Irish Throne? 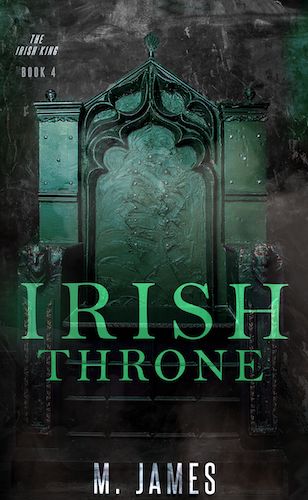