Two men who want me. One man who loves me. And all of our secrets out in the open—

Alexandre says he loves me, but this isn’t love. Liam, step by step, has shown me that. But now there’s just more than my life hanging in the balance. More than just my future at risk.

There’s Liam’s place at the head of the Irish Kings. Alexandre’s life. The woman who Liam was meant to marry—a promise that he’s sworn he’ll break, whatever that requires. An empire that could crumble, all because he loves me.

But Saoirse isn’t the end of Liam’s secrets, and what’s left threatens to break apart everything we have. And still there’s Alexandre, waiting to claim what he thinks is his.

When the cards are on the table and every last secret is revealed, there’s only one question left to answer.

Which vows will we keep—and which ones will we break? 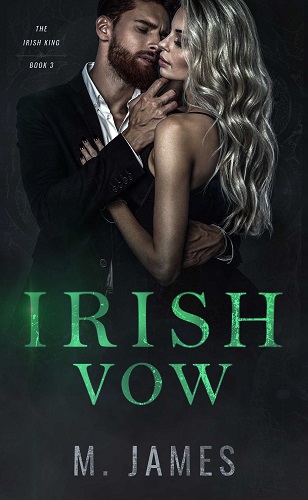