My husband isn’t a man to steal from. But someone has decided to anyway.

Someone wanted Viktor to pay. Enough to take his wife from his own home. Enough to risk his wrath.

When I wake up in a cabin in the Russian forest, broken and traumatized, Viktor is there, a different man from the one I married.

Caring. Nurturing. Even, dare I say, loving. He brings me back to life, one kindness at a time, and for a few brief days, I think that maybe I’ve gotten him all wrong.

But just as I begin to let down my guard, a secret threatens to rock the fragile truce between us, and turn my husband back into the brutal man that I feared. Trapped in a fortress of a safe house with him and the only people left in the world that I love, I no longer know which is the real danger.

The man who is threatening everything I care about, or the one holding me captive, body and soul.

The one who says he’ll never let me go.

This is book 2 in the Mafia Bride series. Book one is Captive Bride. 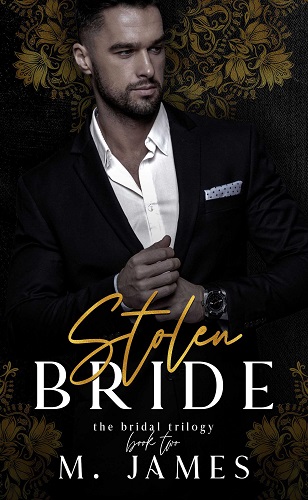